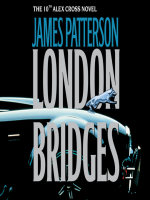 Description
In broad desert daylight, a mysterious platoon of soldiers evacuates the entire population of Sunrise Valley, Nevada. Minutes later, a huge bomb detonates a hundred feet above the ground and lays waste to homes, cars, and playgrounds: a town annihilated in an instant.Alex Cross is on vacation in San Francisco with his girlfriend, Jamilla Hughes, when he gets the call. The Russian supercriminal known as the Wolf claims responsibility for the blast.Major cities around the globe are threatened with total destruction. The Wolf has proven he can do it; the only question is, can anyone stop him in time? Surveillance film of the blast reveals the presence of another of Alex Cross' most dangerous enemies, the ruthless assassin known as the Weasel.World leaders have just four days to prevent an unimaginable cataclysm. Joining forces with Scotland Yard and Interpol, Alex fights his way through a torrent of false leads, impersonators, and foreign agents before he gets close to the heart of the crimes. Racing down the hairpin turns of the Riviera in the most unforgettable finale James Patterson has ever written, Alex Cross confronts the truth of the Wolf's identity, a revelation that even Cross himself may be unable to survive.
Also in This Series

Formats
OverDrive MP3 Audiobook
Works on MP3 Players, PCs, and Macs. Some mobile devices may require an application to be installed.
Sample Sample Check Out OverDrive MP3 Audiobook
OverDrive Listen
Sample Sample Check Out OverDrive Listen
Need Help?
If you are having problem transferring a title to your device, please fill out this support form or visit the library so we can help you to use our eBooks and eAudio Books.
More Like This

Note! Citation formats are based on standards as of July 2010. Citations contain only title, author, edition, publisher, and year published. Citations should be used as a guideline and should be double checked for accuracy.
Copy Details
Staff View
Grouped Work ID:
c3884d7c-78ac-a8db-3462-d850449cb9af
Go To Grouped Work 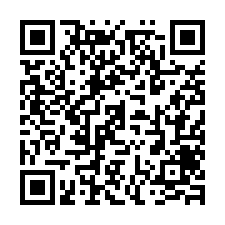